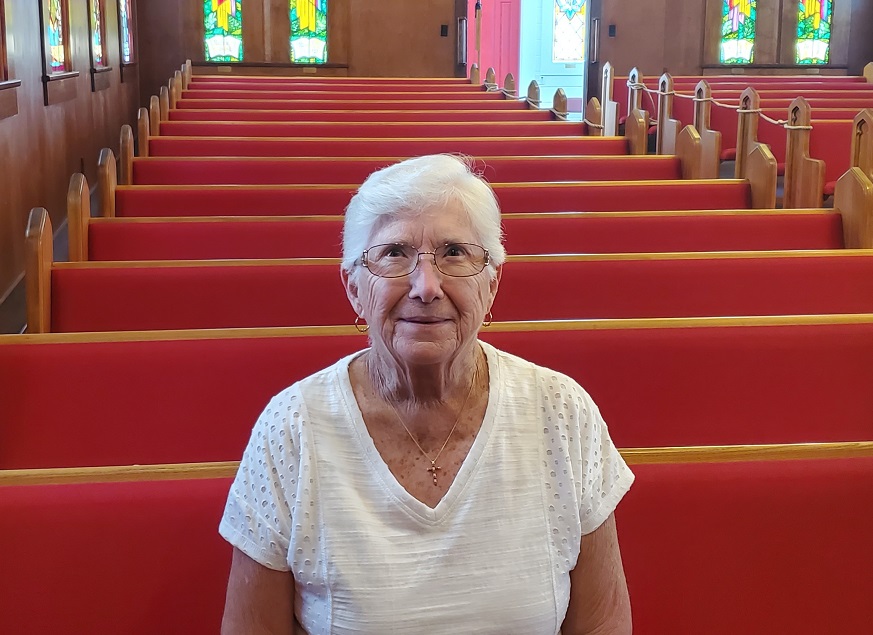 Virginia was born in Hickory, NC, and moved to Jacksonville, FL when she was 10 years. There she met her future husband Stan at the Grace Lutheran Church in 1955.

Virginia was born in Hickory, NC, and moved to Jacksonville, FL when she was 10 years. There she met her future husband Stan at the Grace Lutheran Church in 1955. They also graduated from the same high school, known as Robert E. Lee H.S. They were married in 1961 and spent 4 years serving in the US Air Force in Alexandria, LA where their oldest son, Michael, was born. After discharge Virginia & Stan moved back to Jacksonville to be close to family and where their twin sons, Darren and Daryl, were born. After Stan completed college he went to work for Esso, which later became ExxonMobil as it is known today. In 1974 Stan was transferred to Fort Lauderdale, FL where they purchased a new home in Coral Springs and continued raising their 3 sons. As the boys completed high school, Virginia was graduated from Florida Atlantic University, in Boca Raton, FL, and worked for JM Family Enterprises for over 15 years. Virginia and Stan retired in 2001 and moved to Everglades City where Virginia became involved in several organizations. She started volunteering at the Museum of the Everglades and quickly became the Treasurer of the Friends of the Museum of the Everglades for 8 years. But that was not enough to keep her busy. Virginia also became the Treasurer of the Everglades Community Church in 2004 and then joined several church committees to serve as Secretary/Treasurer of each. Virginia is very involved in all church committees and activities and enjoys serving her Lord wherever he puts her.