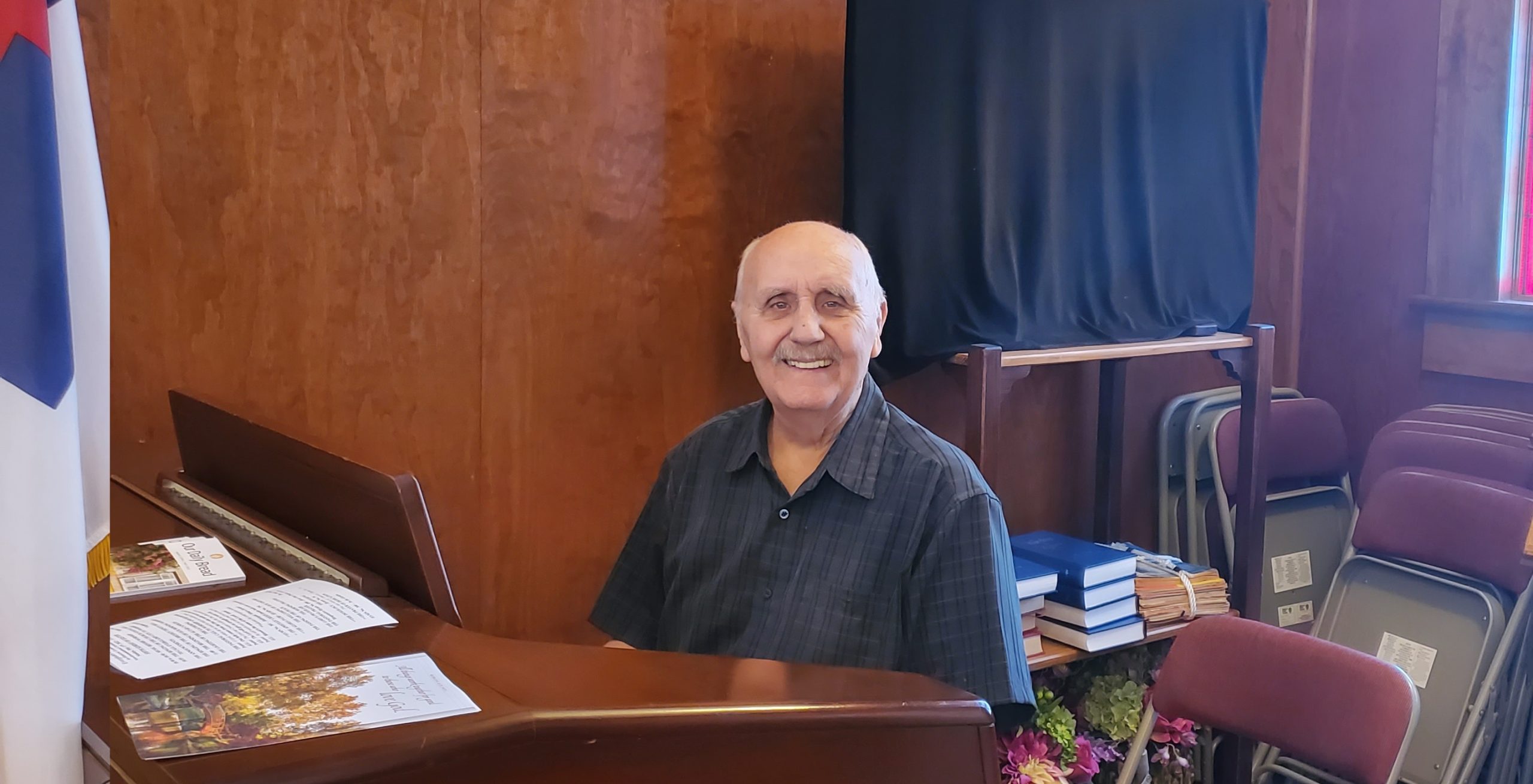 Mitch joined our staff in May 2009. He was born and raised in Cincinnati, OH, where his music career began at about age ten, playing the piano, and organ and singing in church with his brother and sister.

Mitch joined our staff in May 2009. He was born and raised in Cincinnati, OH, where his music career began at about age ten, playing the piano, and organ and singing in church with his brother and sister. Later, he sang with a traveling boys’ trio and became the church organist at age twelve. During the next few years, he was Staff Musician at King Recording Studios, Nashville, TN, where many hit records were recorded. He, also, worked in TV and music events. He joined Bobby Vee, whose hits included “Devil or Angel” and “Please Don’t Ask About Barbara”. The band toured with other big names of the time, such as Connie Francis and the Late Roy Orbison. He joined The United State Air Force and served in Special Services entertaining all around the United States. After the USAF, he proceeded to tour for the next twelve years before moving to Marco Island in 1972. In 1974, Mitch won a Dove Award, the award for the Gospel Division of the Grammy Awards, for his original song, “A Father’s Prayer”. The song was made famous by the Blackwood Brothers, who were eight times Grammy Awards winners. From 1972 until 1985 Mitch was Entertainment Director for the Deltona Corporation and joined the Marco Hilton in 1985 where he worked until New Year’s Eve 2000. Mitch has served several times as Chairman of the American Cancer Society benefit held in honor of the late Faye Gober in the Banquet Hall above Stan’s Idle Hour Restaurant in Goodland. Mitch has worked the last few years in Sales and Marketing for QRS Music continuing to play special events around Southwest Florida. He has original music on two national television programs: The Big Bang Theory, which played on CBS from 2007 to 2014 and is now seen on HBO Max, and Madam Secretary which played on CBS from 2014 to 2019 and is now seen on HBO Max. His wife Lori, has been active in real estate for many years in Naples. He is the proud father of six wonderful kids, of which two are in Orlando, one in St. Paul, MN, one in Tokyo, Japan, and two remain in Naples. Besides church, he mostly plays for private functions at country clubs and homes in the area.