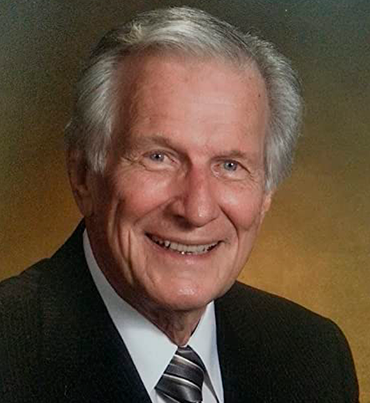 The Reverend Doctor Bob N. Wallace was called to be Pastor of Everglades Community Church on March 19, 2006, where he currently serves.

The Reverend Doctor Bob N. Wallace was called to be Pastor of Everglades Community Church on March 19, 2006, where he currently serves. He was born in Tulsa, Oklahoma, and attended the public schools there graduating from Will Rogers High School. He attended Northwestern University, Evanston, Illinois having been awarded the Edgar Bergen Drama Scholarship. He graduated from the University of Tulsa, Tulsa, Oklahoma with a Bachelor of Arts Degree. He earned Bachelor of Divinity and Master of Divinity degrees from Southern Seminary, Louisville, Kentucky. He attended Union Theological Seminary, Richmond, Virginia. He graduated Magna cum Laude with a Doctor of Sacred Theology degree from Bethany Theological Seminary, Dothan, Alabama. He was a Teaching Fellow in the Department of Speech at Southern Seminary, Louisville, Kentucky, and an adjunct faculty member in the Religion Department, University of Richmond, Norfolk, Virginia extension. He served in the U.S. Navy as a Chaplain and retired as a Lieutenant Commander. Some of his duty stations were the Naval Air Station, Millington, Tennessee, Destroyer Squadron SIX, Charleston, South Carolina, U.S. Naval Hospital, Portsmouth, Virginia, U.S. Naval Air Station, Norfolk, Virginia, U. S. Naval Base, Treasure Island, California, and with the United States Marines Reserves. He was involved with the Berlin Crisis, the Lebanon Crisis, the Cuban Missile Crisis during the Cold War, and the beginning of the Vietnam War. Following his naval career, He served as Pastor, Thalia Lynn Baptist Church, Virginia Beach, Virginia, Highland Baptist Church, Louisville, Kentucky, and on the National Staff of the Protestant Episcopal Church in the United States of America as General Convention Manager and Meetings Coordinator. He is the author of The General Convention, Seabury Press 1976, The Convention, EC Publishing 2008, Everglades City, Florida, Teaching from the Shore, Vol. 1, 2019, an Amazon hardcover and Kindle Book, Teaching from the Shore, Vol. 2, 2020, an Amazon hardcover and Kindle Book and Death in the Hall, 2020, an Amazon hardcover and Kindle Book. He is a contributor to the Everglades City, Florida, bi-weekly newspaper, The Mullet Rapper. He has written for various religious publications and was a weekly contributor to the Naples Daily News. He lives in Naples, Florida with his wife Mildred (Millie), a native of Nashville, Tennessee.